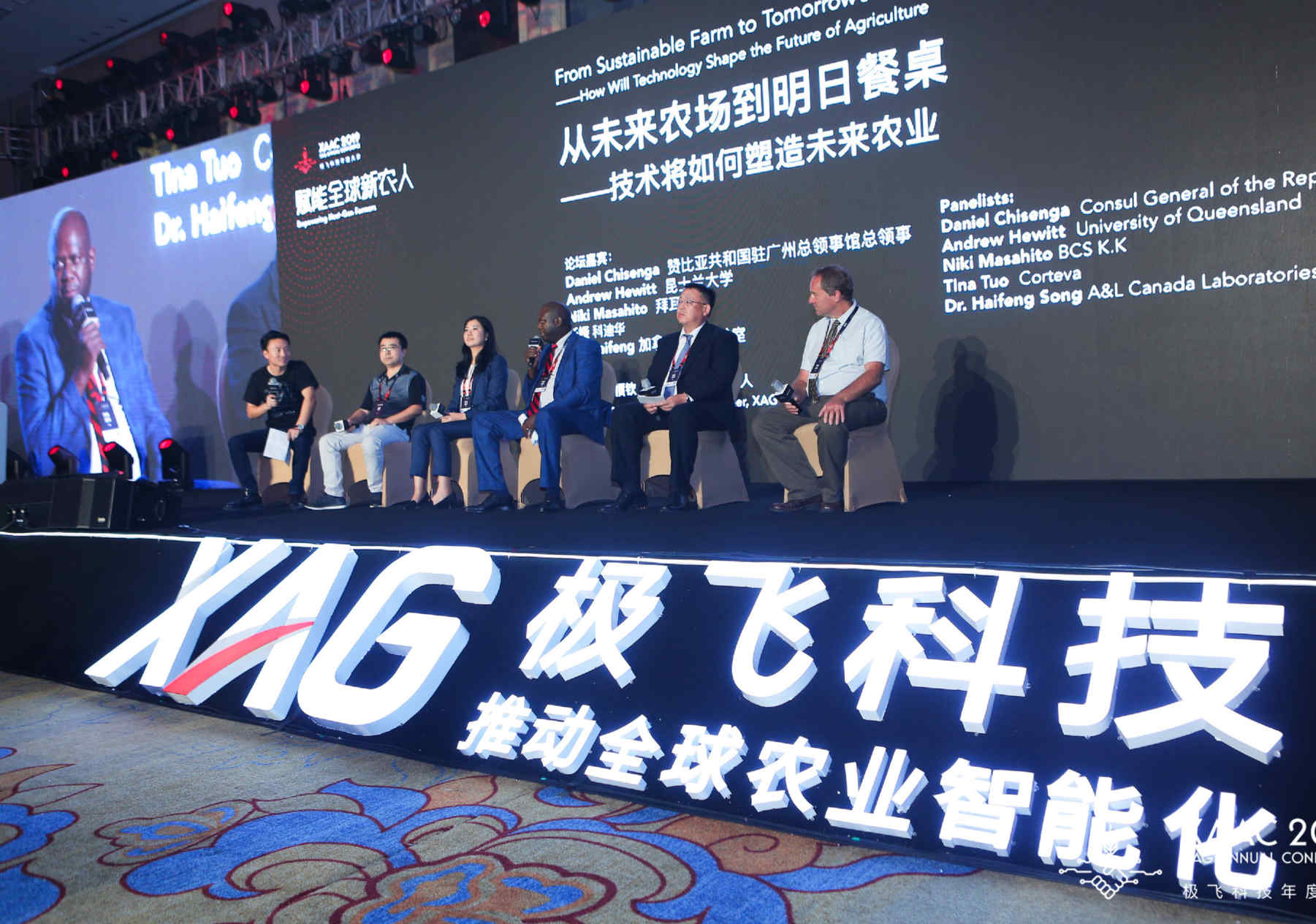 There has been a widely reported claim that smallholder farmers produce at least 70% of the world’s food [1], but a latest empirical research from Global Food Security Journal proves that this figure is somehow exaggerated. The new paper shows that farmers with less than 2 hectares of lands account for 28-31% of crop production and 30-34% of food supply, while having higher crop diversity and less post-harvest loss [2].

Despite statistical inconsistency, smallholders do play a critical role in providing more nutritious food to feed the growing population with very limited arable lands. But what are the solutions to empowering these smallholders faced with serious constraints?

Though smallholders are contributing to at least one third of the global food production and sustaining healthier diets for more, they are the most powerless and vulnerable to climate hazards. Justin Gong, Co-founder and Vice President of XAG, argued that the conflict between large farms and smallholders is one major challenge that the world’s agriculture sector is facing. “When lands are tradable and congregate into large farms, they become the natural capitals that achieve greater values and substantially elevate productivity, a process similar to industrialisation. But scale farming also brings about monocropping which destroys ecosystem biodiversity.”

Smallholders, by contrast, are restricted by lack of access to professional planting technique, new farming tools or financing, whereas large ground-based machinery is inflexible for small segmented fields. “Yet, smallholder economy has its unique advantages,” Gong added. “Smallholders can adjust their production decision swiftly every day. They have much higher demands for nimble, intelligent technology than large-scale farm owners who have to pay for hefty infrastructure expenses and have relatively high opportunity cost of switching into new tech.” 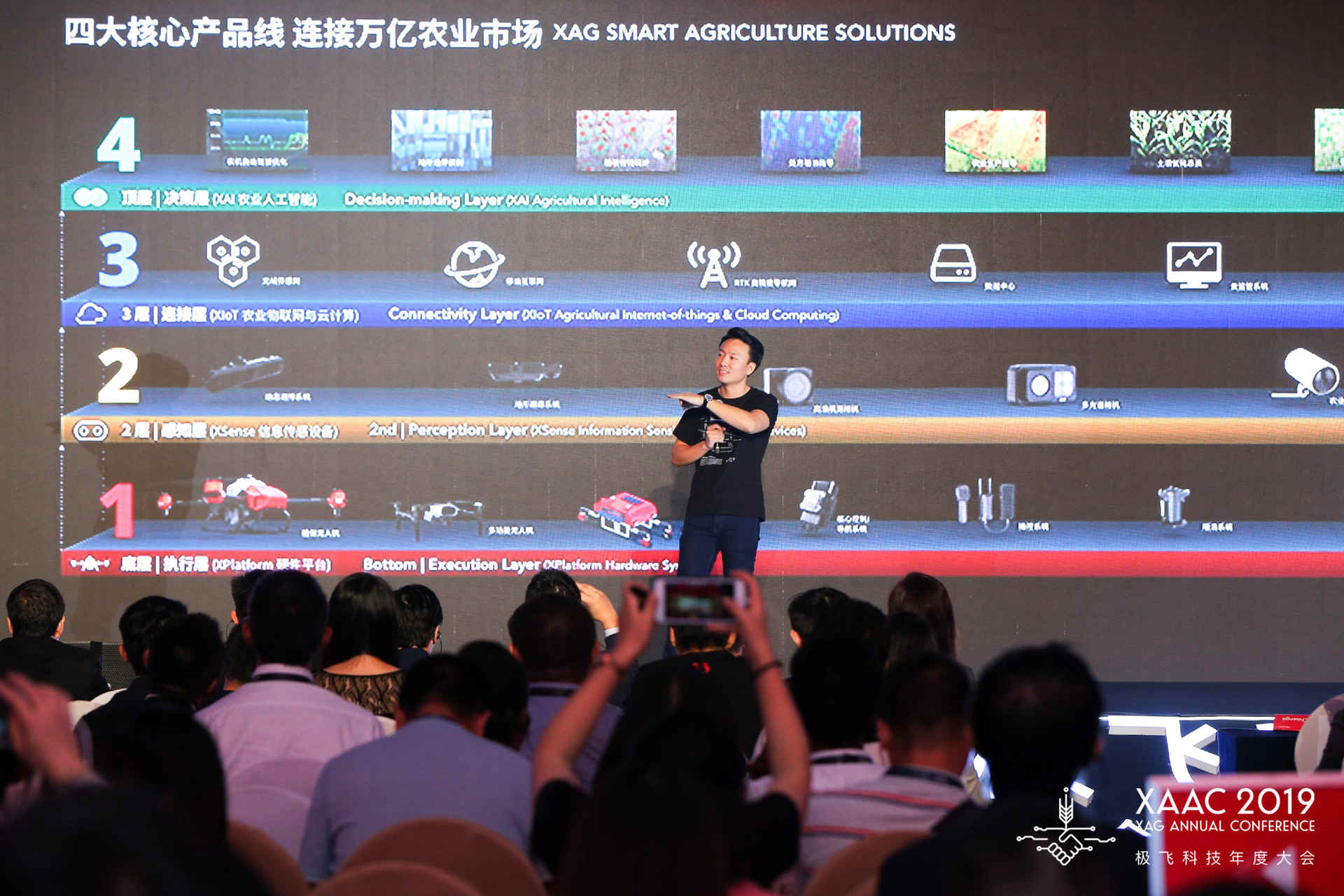 This is an underserved market where XAG is tapping to unlock smallholders’ huge agricultural potential. According to Justin Gong, while developing drones, IoT and AI for precision agricultural application, XAG has created the ‘Technological Empowerment Business Model’. It garners collective wisdom and external support from business partners to provide end users with diversified, tailored services on field surveying, AI prescription map and automated crop protection.

“A large amount of agricultural data, such as spraying volume, crop growth, weather and soil condition, have been collected by our drones and sensors every day. We share these data to financial institutes and insurance companies which can then quantify farmers’ production behaviours to better manage agricultural credit risks, while smallholders can have equal, convenient access to loans and claims,” Gong noted at the conference.

Smallholders forms the majority of next-generation famers who count on sophisticated technologies to end hunger and malnutrition. But how to scale up innovations such as drone and AI, which are still beyond most farmers’ reach? 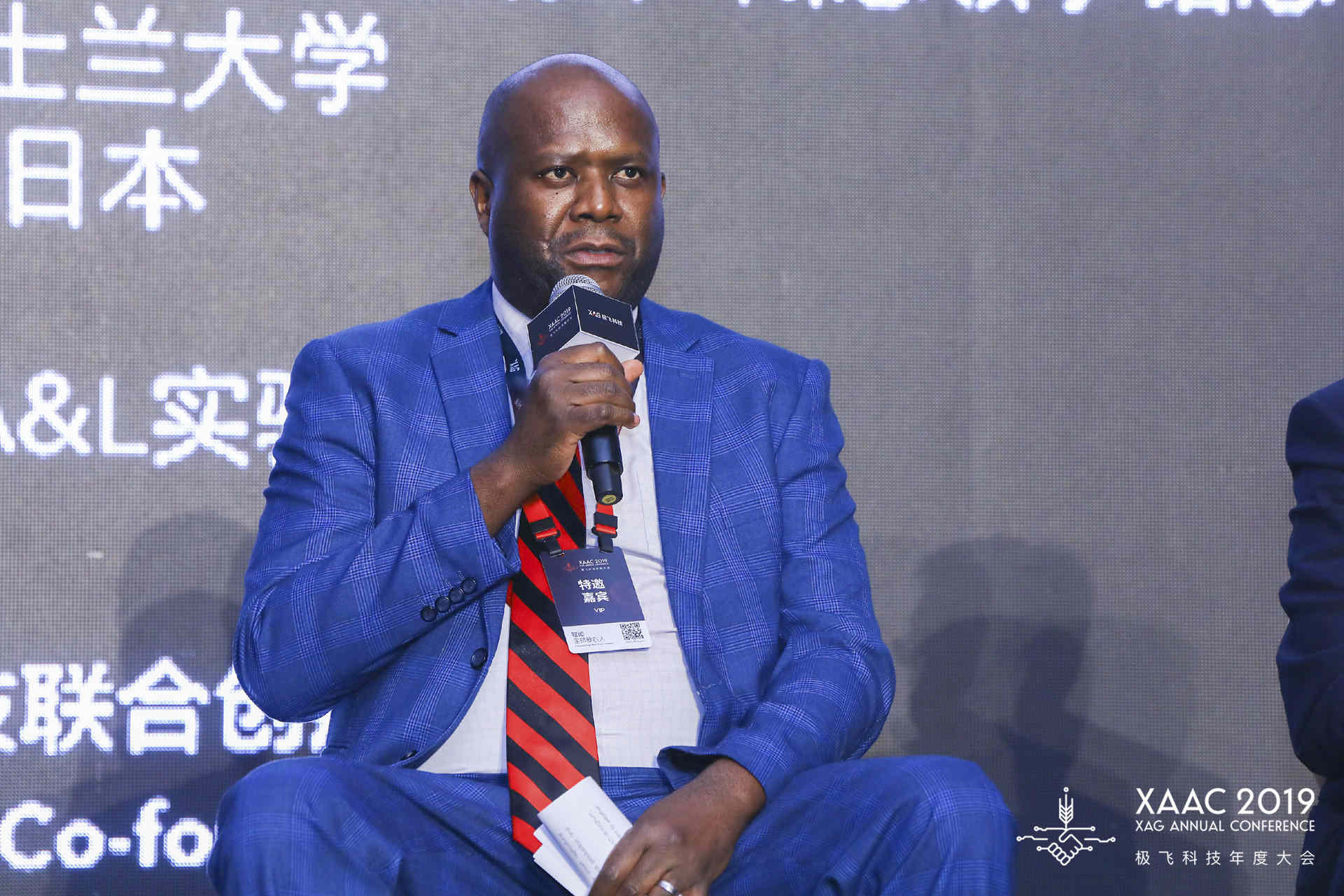 Daniel Chisenga, Consul General of the Republic of Zambia, Guangzhou

Daniel Chisenga, Consul General of the Republic of Zambia, Guangzhou, stated that farmers in Africa are more susceptible to climate change, notably a significant reduction in rainfall and irrigation. “Advanced technology should be introduced into those regions that could most benefit from it, possibly through financial leasing or government subsidy, to increase smallholders’ ability against environmental risks.” For example, XAG makes its drone adaptive, affordable to help Zambian farmers effectively fight against the destructive fall armyworm.

Agricultural drone must constantly evolve to improve its cost-efficiency, practicality and versatility, suggested by Tan Xiang, Executive Secretary of the Research Centre for UAV Applications and Regulation, Chinese Academy of Sciences. “The rapid development of XAG’s drone partly lies in its practicality, which features intelligent application, multi-payload data processing and strong environmental resistance,” Tan added, noting that drones have been applied to crop spraying and seed spreading, and in the future they could do even more from big data analytics, deep learning to pest disease diagnosis. 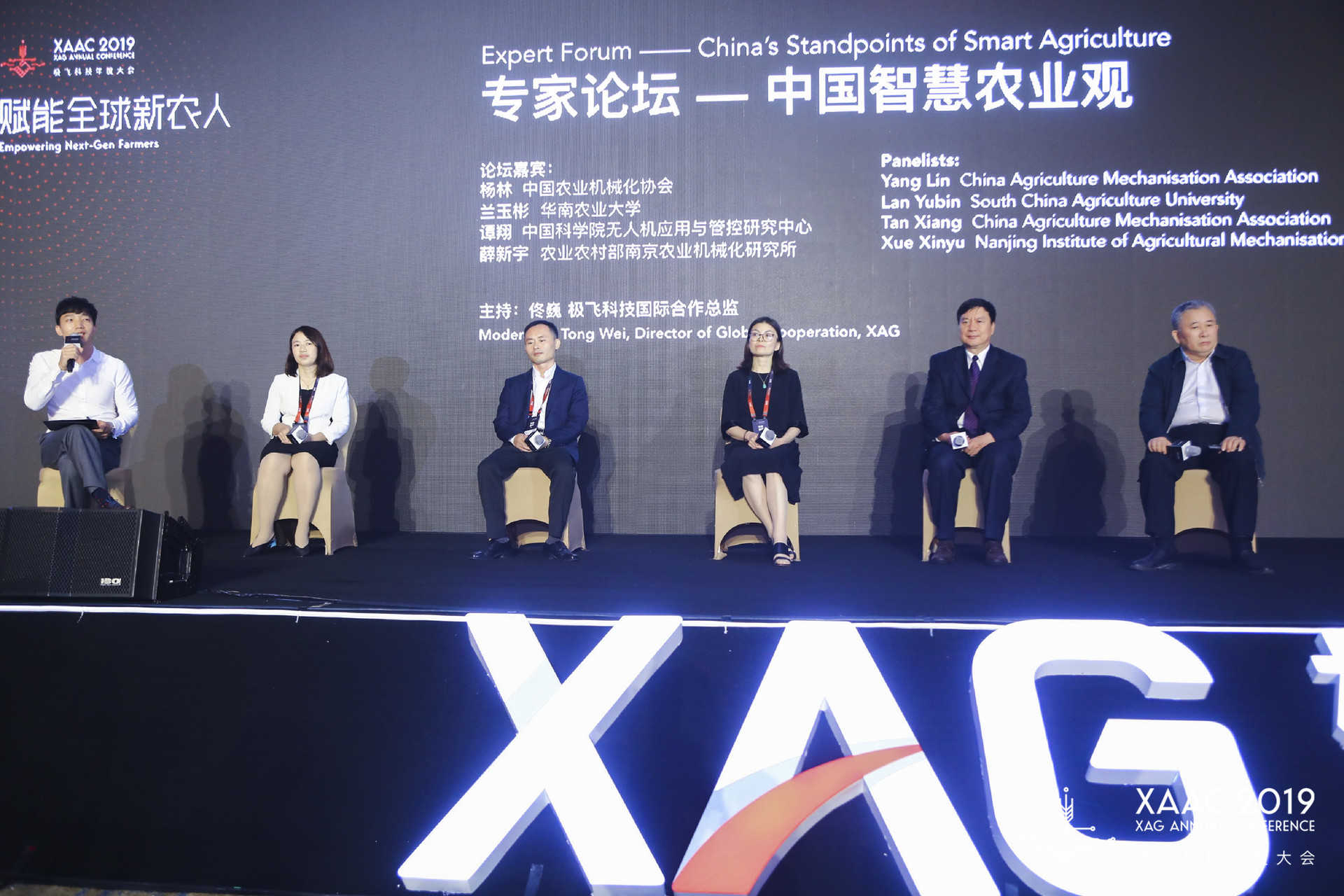 There has also been a consensus that specific attention should be devoted to developing UAS-specialised chemicals for precision spraying. Fu Wei, Director of Information Consulting Department of China Pesticide Industry Association, said “in the past, most pesticides were only for the old-fashioned sprayers. But the booming development of crop protection drone subverts the agrochemical industry and urges big agricultural companies to research efficient, anti-drifting and eco-friendly chemicals for UAS application.” 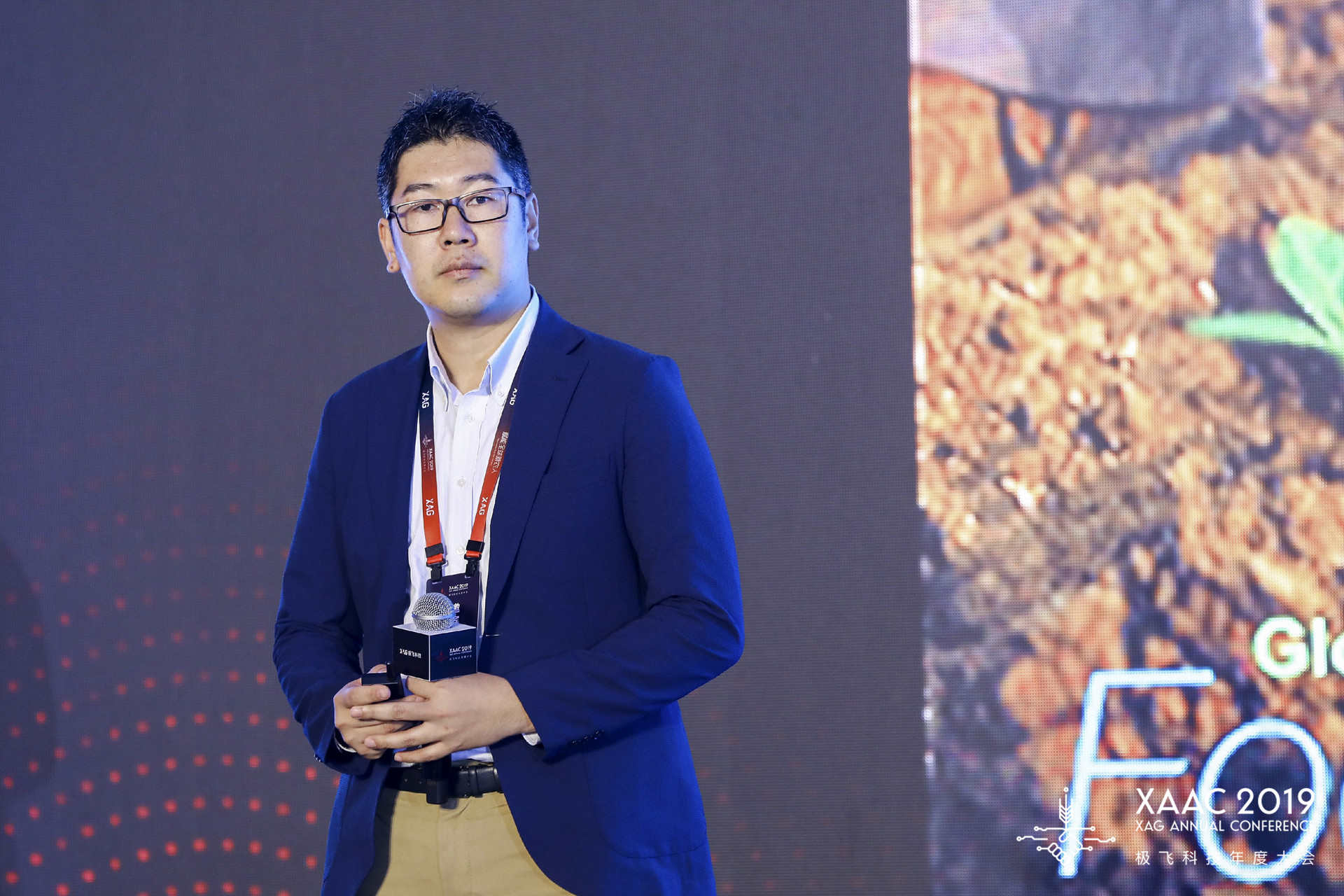 “Bayer is the innovation-oriented company which has transformed its business model from originally selling more chemicals to knowledge transfer on how to improve yield with less pesticide use”, said Kohei Sakata, Head of Digital Strategy and Solution for Asia Pacific, Crop Science Division, Bayer. He believed that digitalisation is the key to sustainable farming, in which drones would provide smallholders with more precise, customised spraying solutions based on prescription maps.

According to Sakata in his keynote speech, XAG and Bayer has established in-depth collaboration in Japan for over three years. This partnership is primarily based on three aspects, including joint sales promotion, drone spraying technology development and digital farming project.